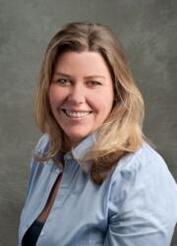 Kimberly McMahon is a Registered Massage Therapist, and graduated with both Honours and Dean's List achievements from Georgian College in Barrie.  With a background in Paramedical Sciences and more than 10 years of employment in the manufacturing industry, Kimberly has a vast knowledge of the relationship between soft tissue and joint dysfunctions that often result from poor workplace ergonomics, and postural imbalances.

A mother of two active boys, Kimberly is very involved with various sporting associations in Wasaga Beach, Creemore, and New Lowell.  As an OMHA certified Level II Trainer, Kimberly has facilitated the development and implementation of both on, and off- ice conditioning programs that combine aerobic, strengthening, and stretching exercises.  Combining her knowledge of the musculoskeletal system, with that of the physical dynamics of the sport have contributed to the ability of safely, and effectively educating players and parents on obtaining optimal performance, while optimizing injury prevention.

Kimberly herself remains very active throughout the year as both a player and coach for various sports.  Her coaching achievements include team championships in soccer, baseball and hockey.  As a player, Kimberly is involved with three different softball organizations, and has competed at a Provincial level with her Co-ed and Ladies Masters softball teams.  During the colder months, Kimberly plays recreational hockey and has recently taken up snowboarding alongside her two sons.  Most recently having been introduced to Hot Yoga, Kimberly has quickly developed a strong affection to the therapeutic and detoxifying affects of the infrared heat.

With her personal experiences in the workplace, on ball diamonds, soccer pitches, and hockey rinks, used in conjunction with her knowledge and understanding of the resulting stresses placed on the body's soft tissues and joints; Kimberly aspires to attract a well diversified clientele of various ages and activity levels to Massage Therapy.

The practice of Massage Therapy facilitates pain relief, and the development, maintenance, rehabilitation or augmentation of physical function (Massage Therapy Act, 1991).  By working collaboratively with various Health Care Practitioners and providing client-oriented, evidence based treatments; Kimberly is an integral part of the Beach Chiropractic and Wellness team.